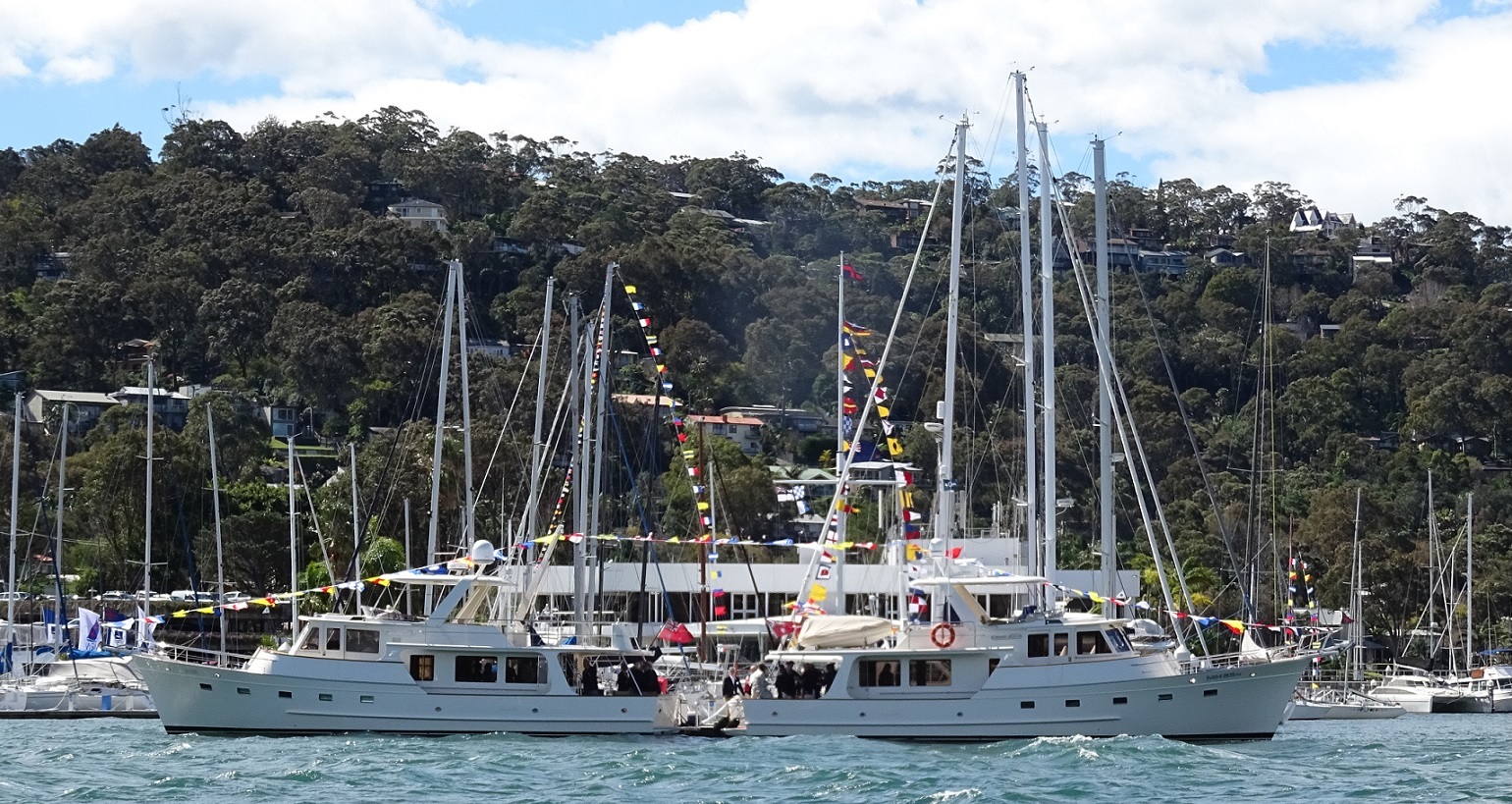 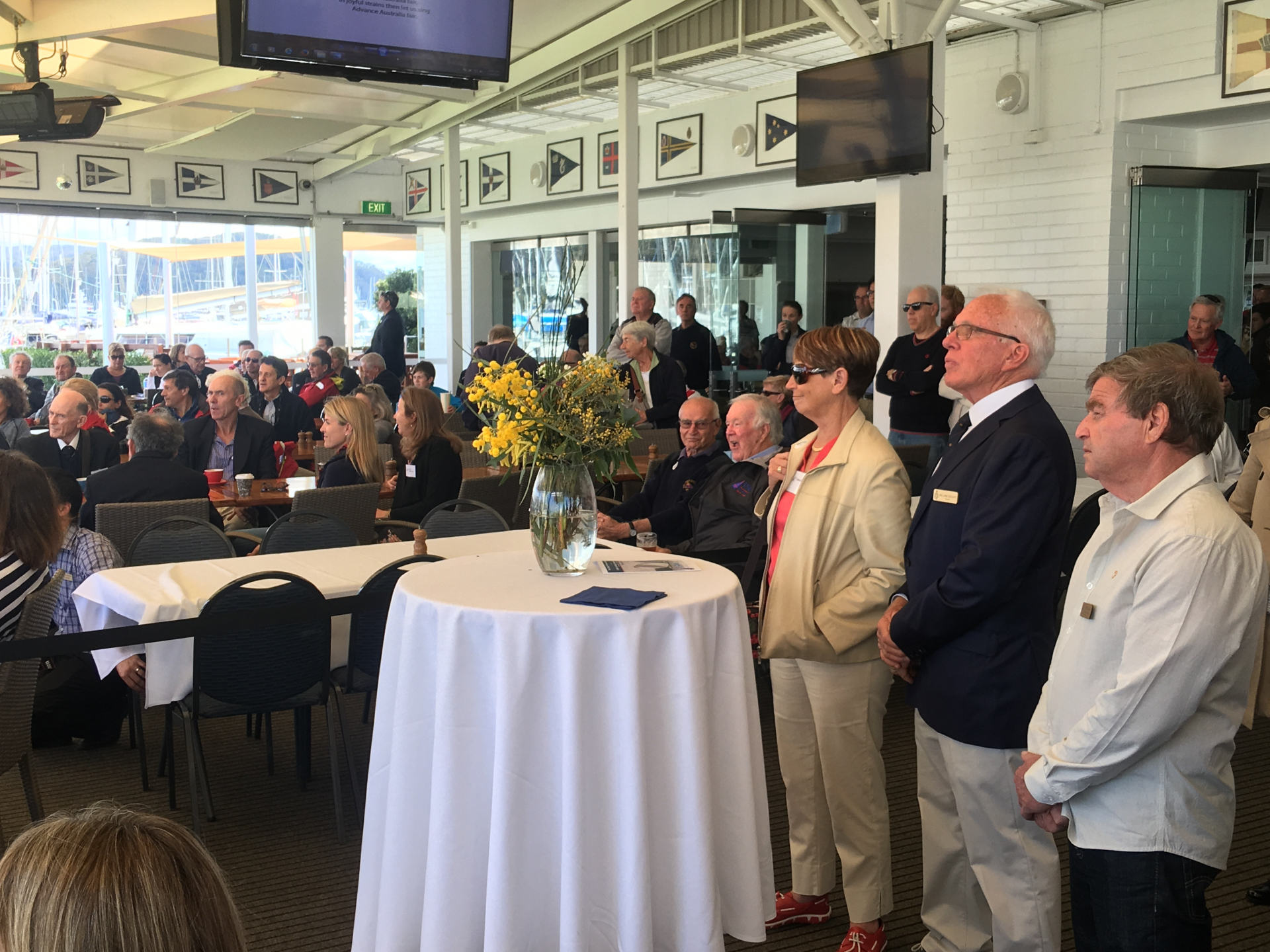 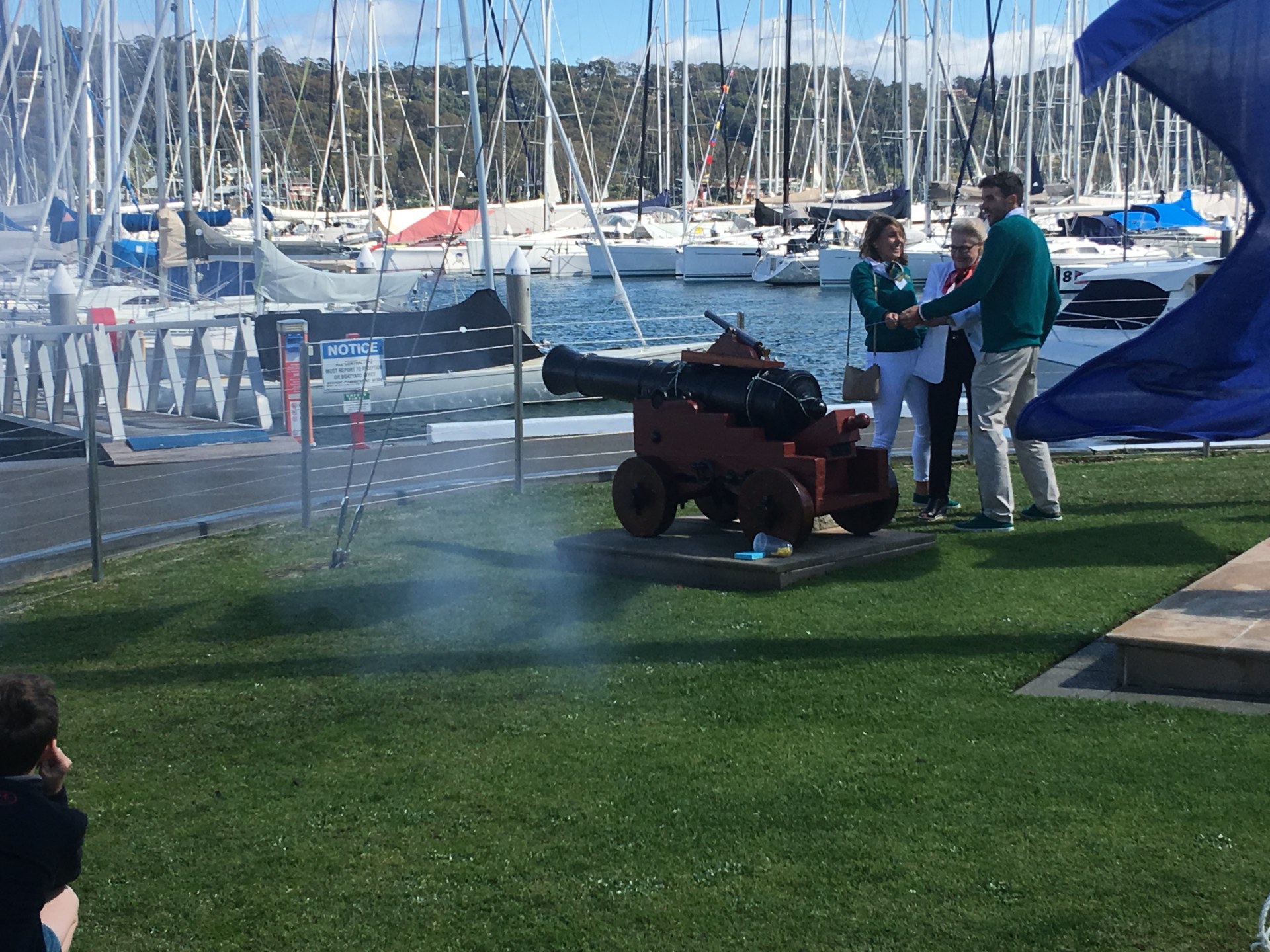 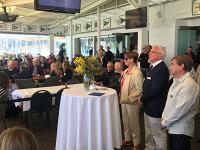 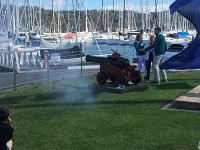 The Opening Day of the Royal Prince Alfred Yacht Club’s 2016-17 Sailing Season, in conjunction this year with it being the Club celebrating its 150 years of continual yacht racing and sailing; this year to be known as the Club’s ‘Sesquicentenary Sailing Season’, commenced on 3rd September ‘with a bang’ – as the canon was fired from the RPAYC Newport Clubhouse grounds situated on one of Sydney’s iconic natural northern waterways called Pittwater.

The RPAYC Commodore Ian Audsley began formal proceedings with his inspiring and informative address, followed by the National Anthem which was ably led by the Club Patron the Hon Bronwyn Bishop, who also addressed the gathering. Following a further introductory address by Jason Falinski, his first year as the local Federal Member of our National Parliament, the audience was then treated to the personal experiences and resume given by the special guests-of-honour, our two Rio Olympic Silver medallists, Club Member – Jason Waterhouse with his cousin crew member Lisa Darmanin – they having only two weeks earlier raced the world in Rio.

To add a further dimension to the Sesquicentenary tone of what is this regular annual Opening Day event leading into the upcoming sailing season, the Club was dressed in full nautical regalia, including the stunning presence of not one, but two beautifully-presented Fleming 55 ‘flagship’ vessels, moored and dressed on the head of the marina – to accommodate the VIP guests plus other Sydney and Pittwater-based Yacht Club dignitaries and special guests, for the official salute and sail-past by Club Member’s yachts.

Unfortunately this year the weather forecast for gale-force winds was to maintain its prediction, with wind gusts of more than 45 knots being recorded during the event – hence reducing the sail-past fleet to only a few hardy and intrepid crews!

However, far from harming the festivities of the Day, the catering presented by the Club on the two RPAYC Members’ Fleming yachts – “Le Billet” and “Maude Hesse”, enabled the VIPs and other guests to thoroughly enjoy the ambiance provided in the secure knowledge of their being on board two such fine vessels (and at a sailing Club!!)

The guests were finally extricated from the two Flemings and headed back into the Clubhouse for a thoroughly enjoyable lunch, and despite the inclement wind and weather outside, a continuation of what turned-out to be an extremely successful and enjoyable Opening Day event.