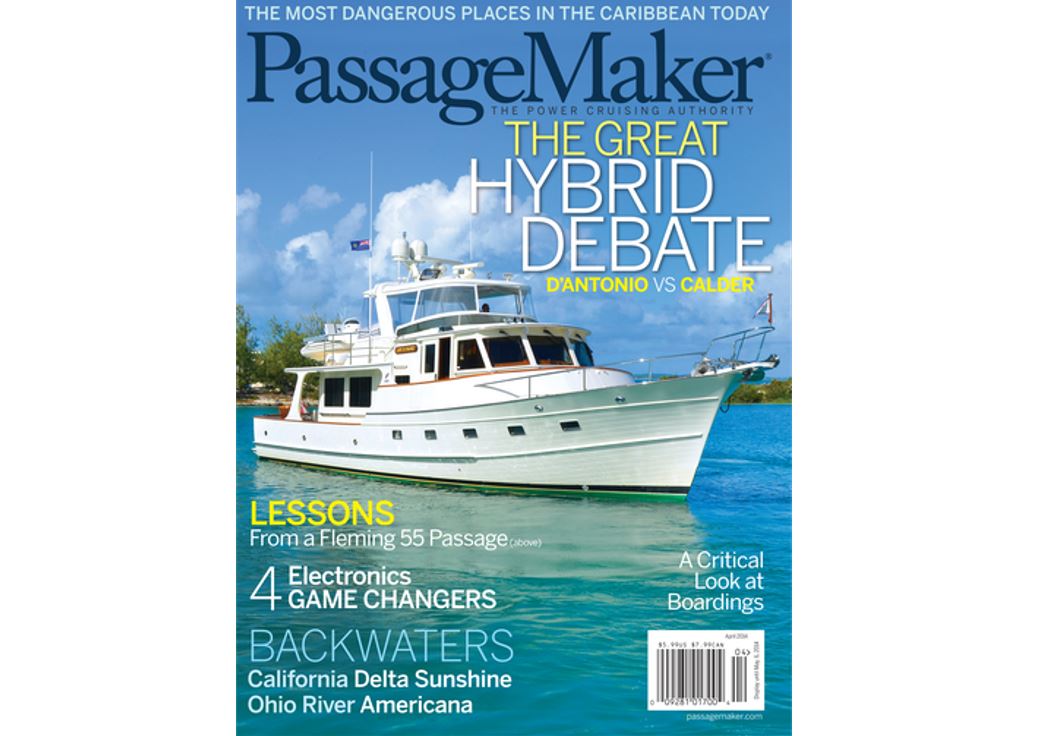 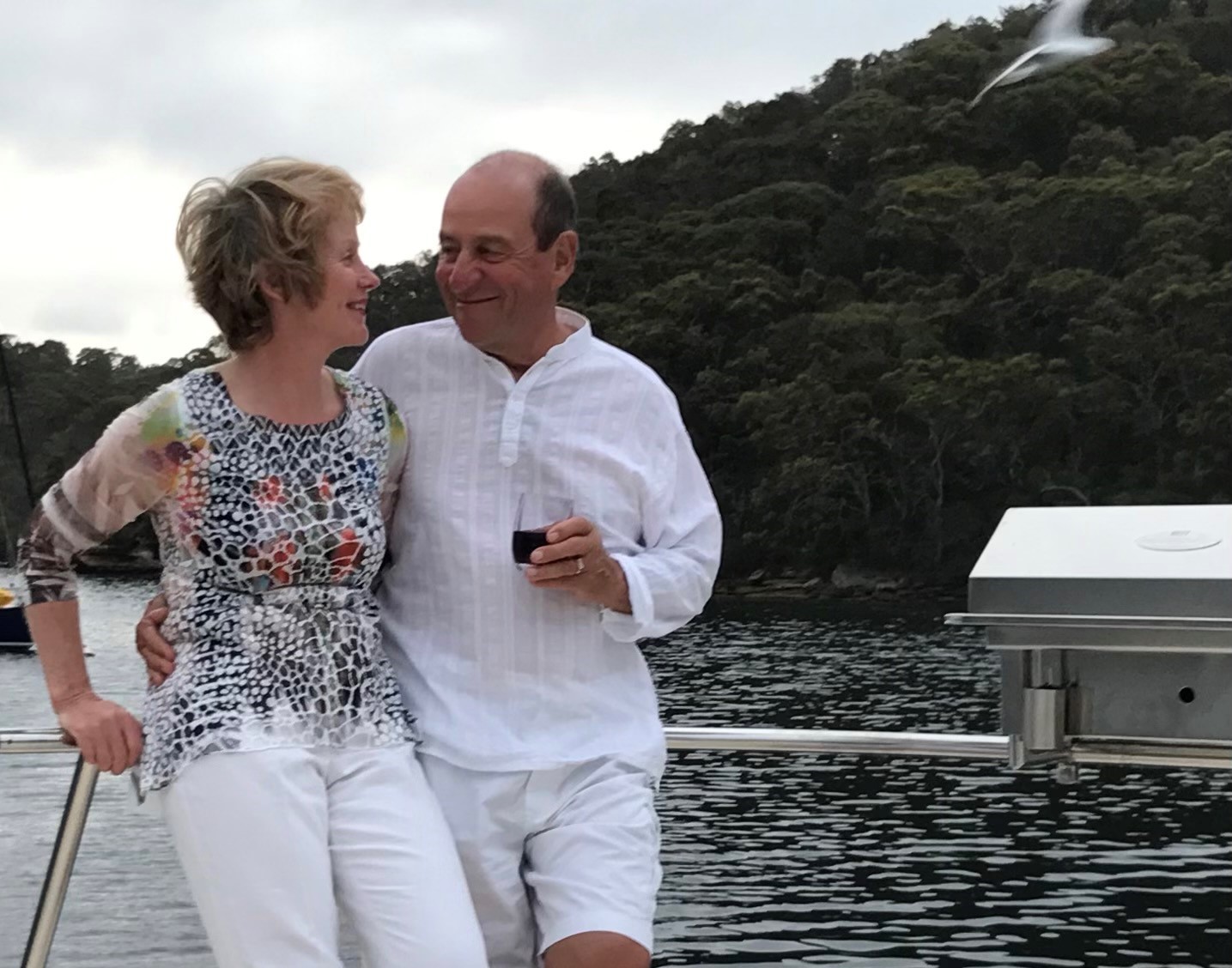 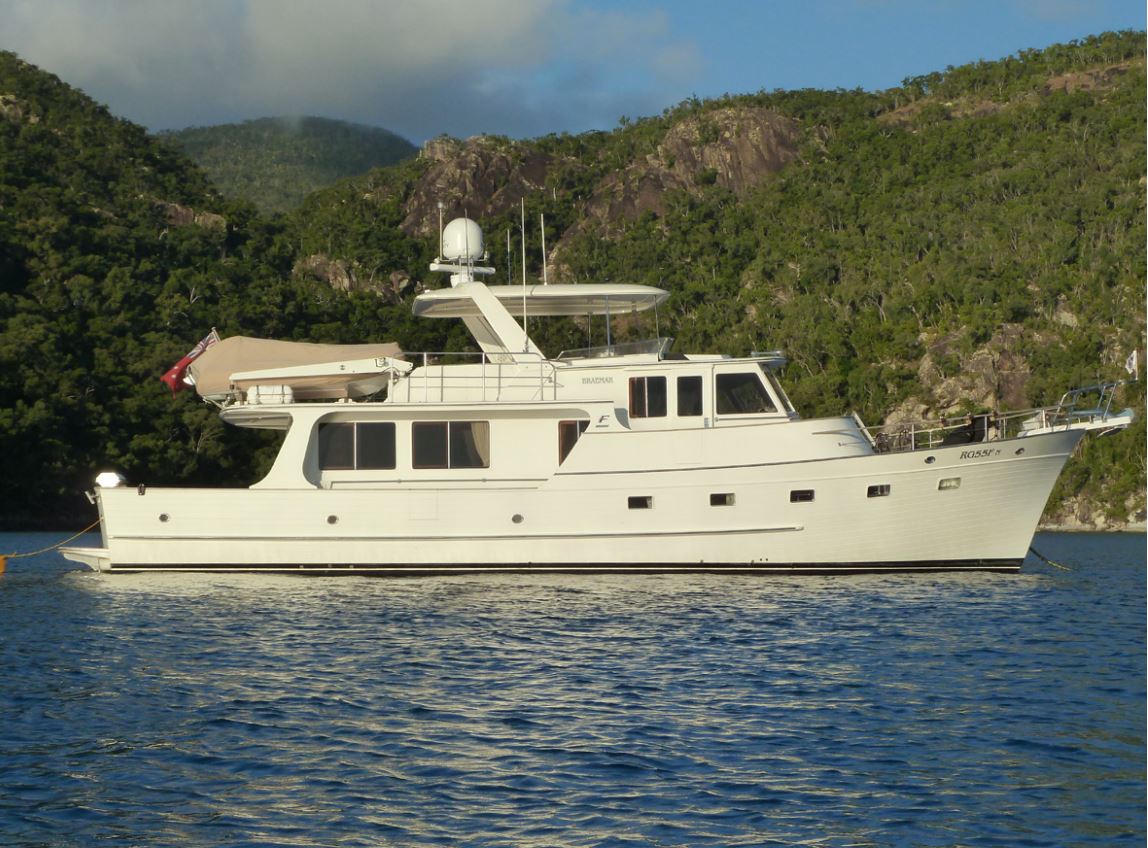 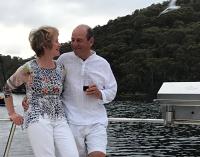 Based in Sydney, Australia, Ray and Maggie Gent do most of their cruising in the southern hemisphere. They have cycled through a host of boats, the last of which was an Island Gypsy 40 that enabled their passagemaking aspirations. Finally, they landed with a Fleming 55, which they’ve cruised extensively along the Australian coast.

I have always had an affinity with all things water, both on and in it. My boating evolution started with a 16-foot, half-cabin trailer boat used predominantly as a dive boat. We put many sea miles under her hull, traveling to some of the great diving locations on the New South Wales coast. On the journey to our current boat, we owned a Huntsman, two Bertrams, a Riviera and a Halvorsen Island Gypsy
40 aft cabin. The Island Gypsy was the catalyst that saw us become coastal passagemakers.

Our journey to our current boat started around 2012, when we stepped on board a Fleming 55 on display at the Sydney, Australia, boat show. Love at first sight, showstopper, drop-dead gorgeous all sprang to mind at the same time. Fast forward to 2017, and the search saw me fly to Stuart, Florida, and then finally locating the right boat in Cogolin, a coastal town in the South of France on the Cote d’Azur. All negotiations and inspections were via video from Sydney with the help of Fleming Yachts UK and a local French marine surveyor. At home, Fleming Yachts Australia was always on hand for advice and recommendations. On arrival at Cogolin, we finally saw our Fleming 55 for the first time. We met with the owners, signed the documentation, paid our money and then spent the next seven weeks getting to know our Fleming while cruising Saint-Tropez, Monaco, Cannes, Nice and Antibes. Then we headed east along the Italian coast, and then on to our final destination: the Italian port of Genoa, from where she would be shipped to Australia in the hold of a freighter.

Fleming 55 Hull No. 113, now renamed BRAEMAR, was built in 2001 and shipped to its owners, who were based in Germany. This meant the boat was European spec: 240-volt AC 50 cycles, the same as Australia. During our seven-week cruise along the French and Italian coasts, we had the time to review all aspects of BRAEMAR, and we decided that once she arrived in Sydney, I would undertake a full upgrade of all electronic components, and Maggie would oversee the soft furnishings. The Cummins 6CT8.3TA engines were both fine, as were the generator and watermaker. To date, I’ve replaced the chartplotters and instrument displays in the pilothouse and on the flybridge with Raymarine gS165 Glass Bridge displays. The analog openarray 48-inch radar has been replaced with a new digital color open-array radar. On the DC side, all batteries have been replaced, with new separate start banks. New Lifeline AGM house supply is now 440 amp hours at 24 volts. A larger Victron 3,500-watt inverter has also been fitted, along with 800 watts of solar panels. A major upgrade was taking the Naiad stabilizers from a mechanica gyro system to a Datum digital controller.

On board is similar to what we have at home. While cruising, a happy crew is well-fed and well-watered and looking forward to sundowners. Exercise on board is vital, so we have an assortment of toys including Hobie kayaks, a treadmill, yoga mats and folding bicycles to keep us in shape. The end of the cruising day is quiet time for reading, tinkering, etc.

BRAEMAR has become our second home and has all the creature comforts anyone would want. Anchoring among the islands and reefs is exciting at night with glorious water views, beautiful, clear, star-filled skies and amazing moons. Our typical cruising year would include several one-week trips approximately 20 nautical miles north of Sydney to Pittwater and the Hawkesbury River. Our longer trips, generally around three months, see us heading north from the cold Sydney winter to warmer Queensland weather. —Ray Gent