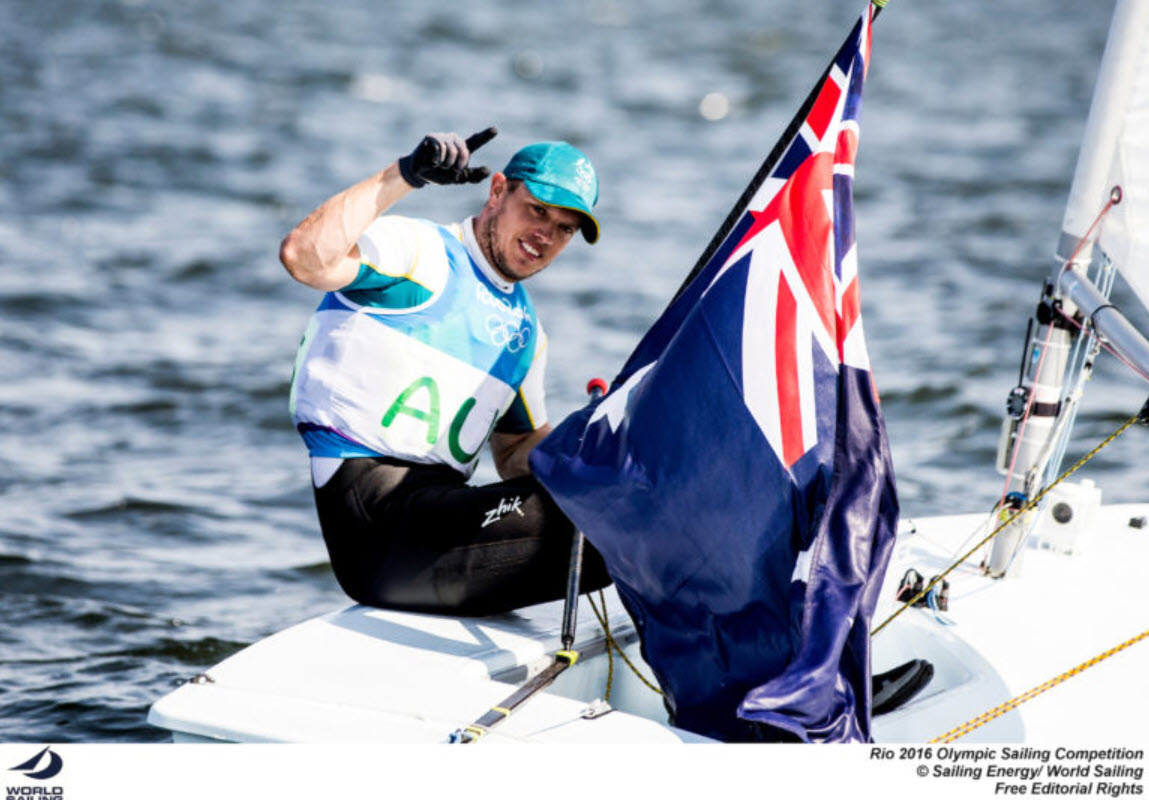 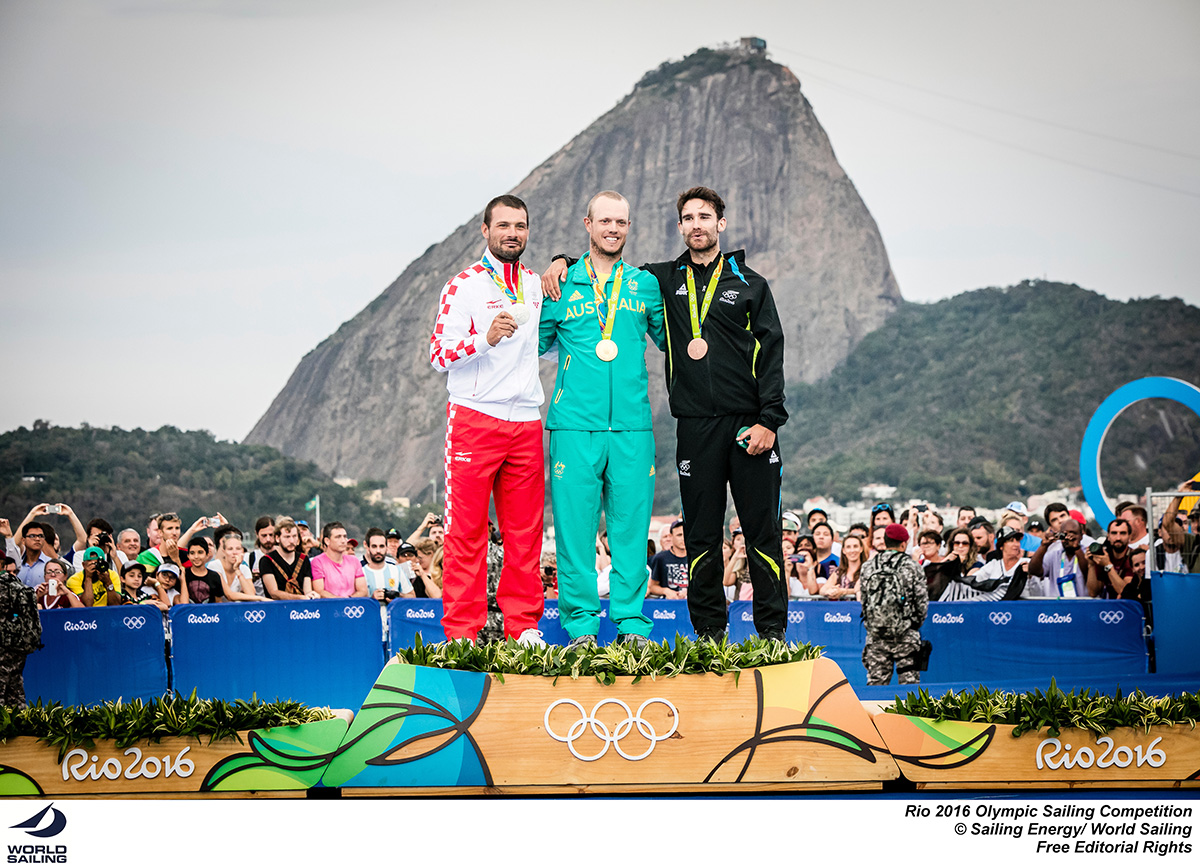 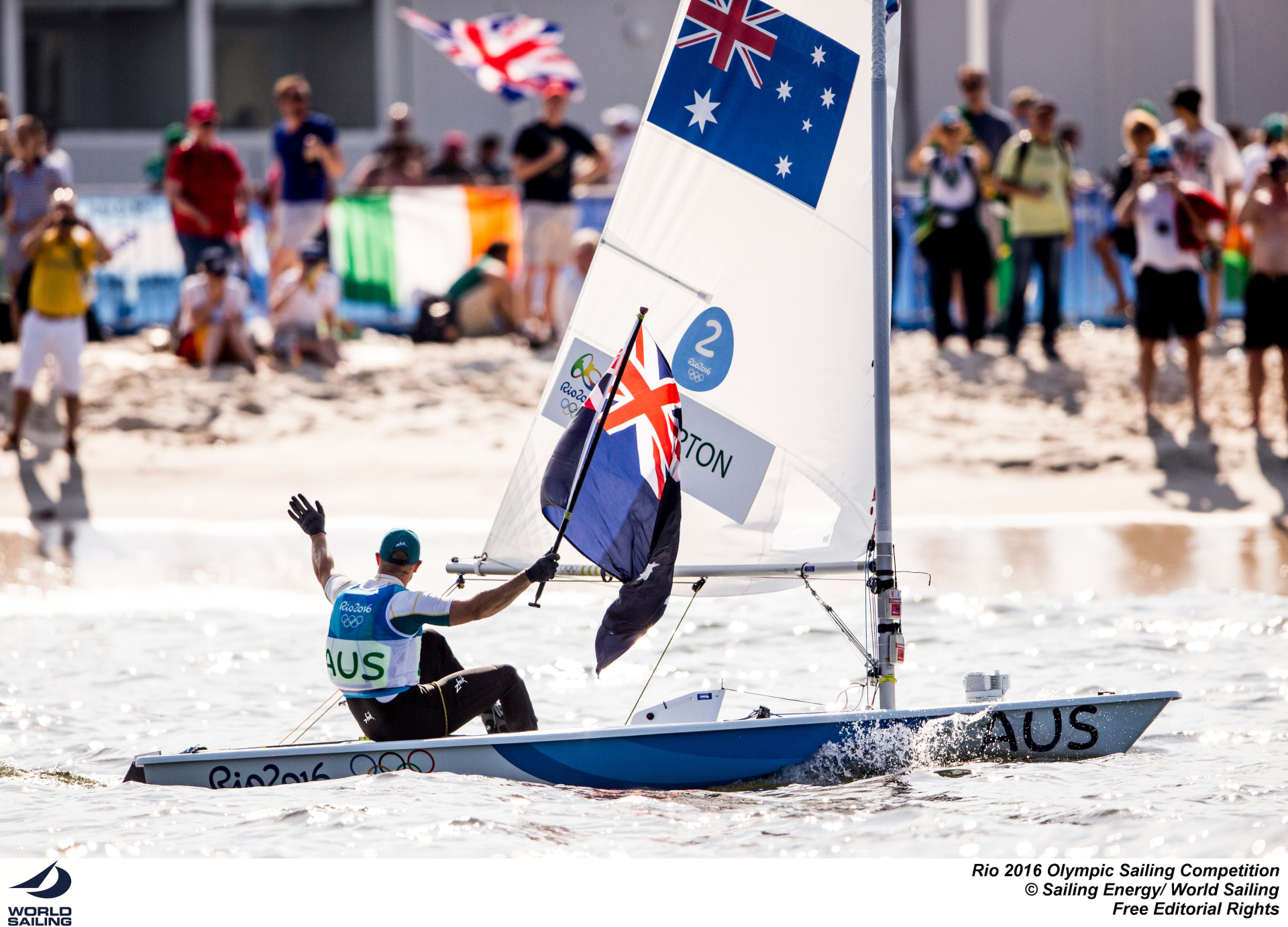 Sponsored by Fleming Yachts, Tom Burton has achieved the highlight of his sailing career by winning gold in the men’s Laser class event and in doing so, he won Australia’s first sailing gold of the Rio Olympics.

Tom’s golden moment represents the culmination of many years Laser sailing and only come after a very intense and closely fought medal race.

The 26 year old, in second place going into the final, needed to draw on all his racing experience to fight a tactical battle with the overall leader, Croatia’s Tonci Stipanovic. But with shrewd opening gambit, Tom forced his rival into a mistake, resulting in a penalty turn, leaving Tom to race for the line. Even then, in order to secure gold he needed to overhaul most of the fleet to finish third, enough of a margin over his rival and enough to seize the top spot in dramatic style.

“The percentage chance that I could pull off such a dramatic move was pretty slim but it came off,” said an ecstatic Burton after the race.

Duncan Cowie from the company, said:

“We knew that Tom would give this event his very best shot, but to snatch victory in such a thrilling way was remarkable. The top spot on the podium is his reward for the dedication and hard work he has put in over recent years and in our sponsorship of Tom, we, at Fleming Yachts are delighted to have played a small part in his success. Congratulations Tom!”

Sam Nicholas from the company was delighted to attend the welcome home event for The Australian Sailing Team held at Middle Harbour Yacht Club on 24th August 2016, were he was able to catch up with Tom and congratulate him on his result in Rio.